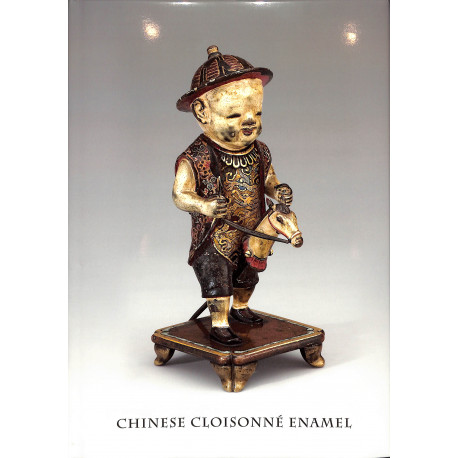 Cloisonné is a silversmithing technique that was first applied to metal jewelry with semi-precious stones (garnet), glass or enamel. Later, and independently, cloisonné was applied to metal vases and certain ceramics and other decorative enamel objects. Objects produced by this technique are also called cloisonné.

The beginnings of the cloisonné enamel technique appear in Mycenaean Greece, are taken up in Russia, spread throughout Europe and then spread to China via the Silk Road at the beginning of the Ming Dynasty (1368-1644)

This richly illustrated book brings together 75 Chinese cloisonné pieces, dating from the 15th to the 19th century.