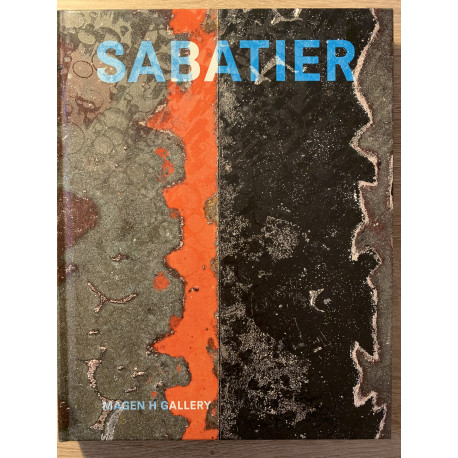 Pierre Sabatier is a proponent of art in architecture, as was Le Corbusier with his concept of architectural walk, bringing the one to serve the other to sublimate it and vice versa. Thus, his art fully integrates the architectural achievements, being part of the elements of dwellings, decorations and even constructions in the strict sense. Pierre Sabatier's art is based on materials, they embody the very essence of his creative matrix; matter, form, texture, roughness are all elements that contribute to bring his creative process to completion. He began by taking an interest in ceramics and mosaics before quickly turning to metal, in all its variations, which became his favorite material. Artist, craftsman, designer, creator, explorer, Pierre Sabatier mixes genres to tend towards a complete and complementary art dedicated to the effects of materials and forms.

This book retraces Pierre Sabatier's various experiments, his work, phase after phase, his discoveries and his tests on the material. It includes many photos of his work accompanied by explanations describing his achievements and the state of mind that was his during his long period of activity.