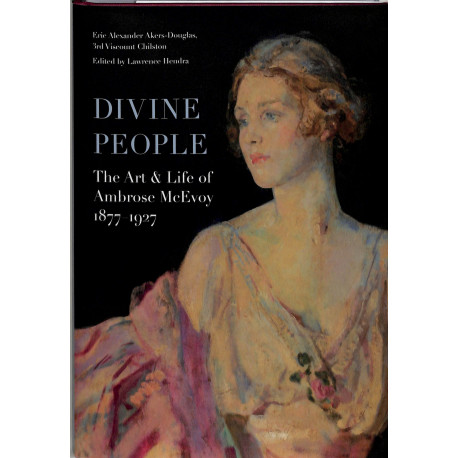 Described during his lifetime as the 'prince of fashionable portrait painters', Ambrose McEvoy broke down the boundaries of portrait painting with the use of coloured electric light and daring virtuosity. Swathes of high-society figures fell to his brush - from flappers to royalty, actors to military commanders. He is perhaps best remembered for shimmering and effervescent portrayals of the most glamorous women of his day, who queued to be recorded by his inimitable strokes.
He saw his subject as if through the eyes of a lover. His life was cut tragically short and his work largely overlooked in the annals of art history. Divine People restores McEvoy to his rightful prominence in the constellation of twentieth-century British artists - the equal of many others from the famous Slade art school group to which he belonged.