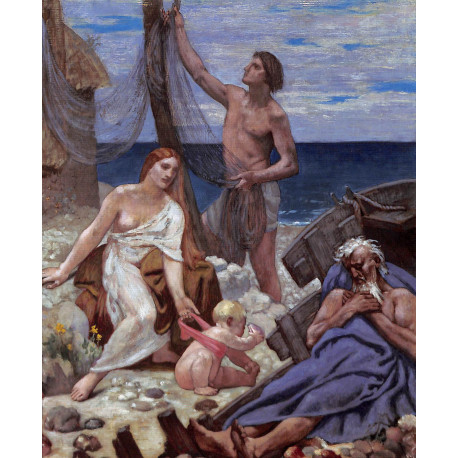 Understanding Puvis de Chavannes (1824­-1898) is crucial to reading the history of art of the late nineteenth century and the development of modernism.

Internationally heralded yet sometimes scorned, much exhibited, respected and emulated, an artist's artist of pivotal importance to the generation of post-Impressionists from Seurat and Gauguin to Matisse and Picasso, Puvis's work is not readily categorized.

Presented in two complementary volumes - a critical study of the artists life and art and a catalogue raisonné of his painted work - this book introduces many of his works for the first time, assesses his contribution and restores him to the pantheon of modern masters.

Volume I situates Puvis and his work in his time. With a wealth of new documentation, unpublished correspondence and images, Aimée Brown Price addresses the theories, forces and events that impinged on his art, as well as examining the work of his progenitors, contemporaries and followers. She contextualizes his themes, the development of his special decorative aesthetic and its importance in establishing a new kind of imagery and his modernized allegorical figures; and she discusses such topics as his atelier and teaching, the marketing of his work and his role in the art establishment of the 1890s.

Volume II is a complete compendium of Puvis's easel paintings and mural cycles for civic buildings throughout France as well as the for Boston Public Library. Each work is analysed in terms of its genesis, distinct iconography, and style. A revised dating of the several versions of some of Puvis's best-known paintings indicates heretofore unrecognized late reprisals and offers a new index to the evolution of his style.