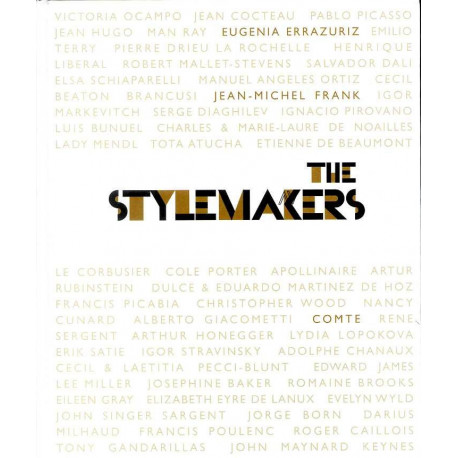 The stylemakers minimalism and classic modernism 1915-1945

In 1920s Paris a new style was born.Turning his back on the curves and embellishments of Art Nouveau and Art Deco, iconic interior decorator Jean-Michel Frank allied the linear proportions of late eighteenth-century furniture to a twentieth-century perception, paring down superfluous detail to the essence of classic modernism. In order that nothing distract from the elegance of such a concept, Frank insisted on sparsely furnished interiors and the perfect finish of walls, denuded of floral mouldings, their plaster polished to a pale sheen or panelled in vellum or fine woods. On those walls he would have preferred nothing to be hung, conceding a Picasso or two, at most.
This new style would have been the first manifestation of minimalism and classic modernism had Frank's ideas not been advocated and practised, long before, by the woman to whom he said he owed more or less everything he knew. This 'Lady from Chile' as Cecil Beaton called her, was Eugenia Errâzuriz, early patron and lifelong friend of Picasso and Stravinsky, who both greatly admired her taste. As did John Singer Sargent, who said: 'I have never known anyone with the unfailing, uncanny taste of this woman.Whether in art, music, literature or interior decoration she sees, hears, feels, smells the real value, the real beauty.'
From Eugenia Errâzuriz, Frank learned to appreciate the gracefully balanced work of Louis XVI cabinet-makers, inspiring him to create modern design that did not plagiarise but elevated the originals. Also from her, he learned to eliminate excessive furnishings and to accentuate the senne of quiet luxury that well-finished wall surfaces can bring to a space.The colour brown had dominated for too long.VVith Errâzuriz, white took on its real value. She was the genesis of the style- Frank was its designer.