> Peinture>Par époque>Peinture après 1945>Homage to Savitsky The Art of Russian Avant-Garde in the Karakalpakstan State Museum of Art in Nukus, Uzbekistan 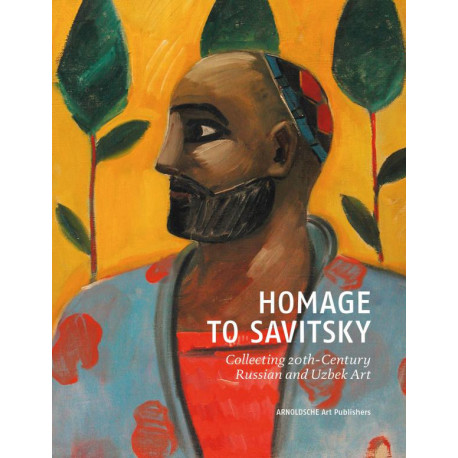 Homage to Savitsky The Art of Russian Avant-Garde in the Karakalpakstan State Museum of Art in Nukus, Uzbekistan

Unnoticed by the international art world until recently, the Karakalpakstan State Museum of Art named after I.V. Savitsky located in Nukus, Uzbekistan  houses the second largest collection of Russian avant-garde art in the world (after the Russian Museum in St. Petersburg). This extraordinary museum is the life's work of Igor Vitalievich Savitsky, a Russian painter born in Kiev who first visited Karakalpakstan in 1950 as a member of the famous Khorezm Archeological & Ethnographic Expedition led by Sergei Tolstov. Subsequently, having moved from Moscow to Nukus, Savitsky began collecting the works of the Russian avant-garde; including of such well-known names as Falk, Mukhina, Koudriachov, Popova, and Redo, whose paintings were banned during Stalin's rule and through the 1960s because they did not conform to the officially prescribed Soviet socialist realism school of art. Given its distance from Moscow and its remoteness in Uzbekistan's Kyzl-kum desert, Nukus was an ideal location for Savitsky's purpose.
The current English language publication, already issued in Russian in 2011, helps make the Savitsky Collection accessible to a broad international audience for the first time. Since the collapse of the Soviet Union, selected works have been exhibited in France, Germany, The Netherlands, and Russia. The publication includes original, previously unpublished material by Savitsky himself, as well as the recollections of colleagues and friends relating to the history of the Nukus Museum. Its publication in 2015 marks the centennial of Savitsky's birth in 2015 and the 50th anniversary of the Nukus Museum in 2016.