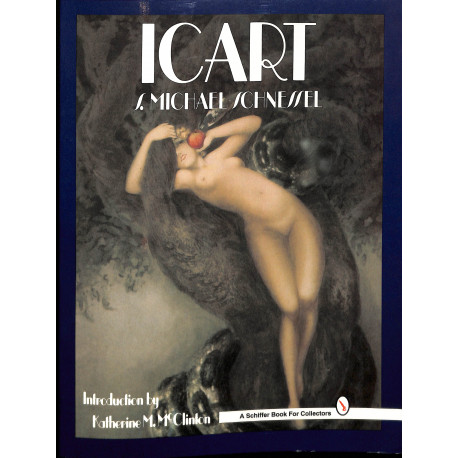 Louis Icart, in his renewed popularity, has become the current symbol of the Art Deco period, for he captured the Parisian art world during the 1920s and 30s. Icart's light-hearted etchings, impressionistic oil paintings and erotic watercolors became sought-after treasures both in France and in America. In keeping with the present Art Deco revival and the interest in art of the period between the two world wars, this is a complete, extensively researched study of the life and works of Icart. A rich sampling of the artist's etchings is presented with detailed descriptions of his engraving techniques- representative oil paintings show the development of his style as well as the forces that influenced him. A generous selection from his watercolors, illustrated books, lithographs, and erotica is included.