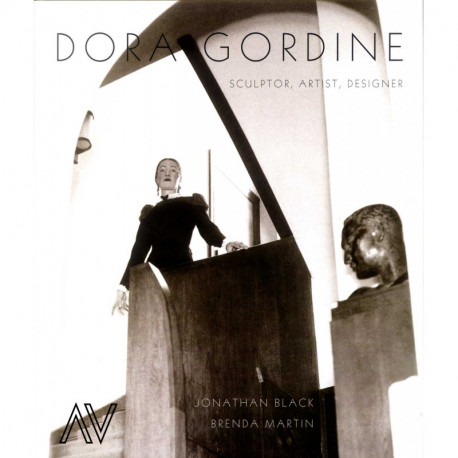 In 1938 Dora Gordine was hailed as 'possibly becoming the finest woman sculptor in the world'. For over thirty years she was widely regarded as a major presence in European sculpture- for her contribution to the inter-war art movement known as the Rappel a l'Ordre, as a prominent member of the Royal Society of British Sculptors and as a founder of the Society of Portrait Sculptors. In her heyday, from the late 1920s to the mid 1960s, she attracted the admiration and respect of prominent figures within the cultural world as diverse as the celebrated sculptor Aristide Maillol, Modernist architects such as Auguste Perret and Charles Holden, curators such as Sir Kenneth Clark and Alfred Flechtheim and writers such as Freya Stark, Sir John Pope-Hennessy and Robert Byron. She was widely admired as a creator of psychologically acute portrait heads, idiosyncratic public memorials and sensuous figure-sculptures. She also merits attention for her highly individual sense of style evident in the studio-homes she had built for herself in Paris, Singapore and London. The last of these homes, Dorich Housem, which is on the edge of Richmond Park, is the most architecturally intriguing and was designed by Gordine herself - an achievement virtually unheard of for a woman artist at the time of its construction in 1936