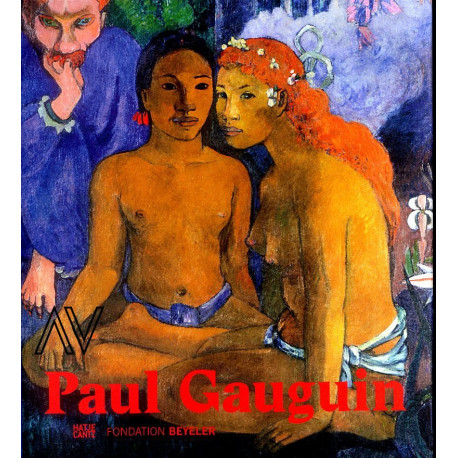 The Post-Impressionists counted among their number a good many painters who were both determined and unconventional, and who went their own separate aesthetic ways, refusing to be subsumed by any categorization. Like Vincent van Gogh, Paul Gauguin was a particularly uncompromising example of this tendency. His quest for an independent artistic stance and an authentic lifestyle took the former stockbroker from Paris to Brittany before he made the decision to travel to Polynesia. Simplified forms, expressive colors and emphatic two-dimensionality characterize his seminal paintings. Today these count among the world's most treasured artworks. This extensive publication traces Gauguin's artistic development through reproductions of his masterworks of both painting and sculpture-from the multifaceted self-portraits and sacred paintings of his period in Brittany, and the idyllic, wistful paintings and archaic, mystical sculptures from Tahiti, to the late works made during his last years on the Marquesas Islands. In addition to its thorough investigation of Gauguin's multifaceted oeuvre, the volume also analyzes his influence on modern and contemporary artists.Paul Gauguin (1848-1903) was born in Paris and made his first extended voyage in 1866, embarking on a round-the-world journey. He began painting and drawing in 1871, quickly becoming acquainted with the Impressionist movement and attending a private art school. He participated in the fourth Impressionist exhibition (1879), soon after which he met Cezanne, while on holiday in Pontoise. He moved to Tahiti in 1891, where he made some of his best-known works, and died there in 1903.