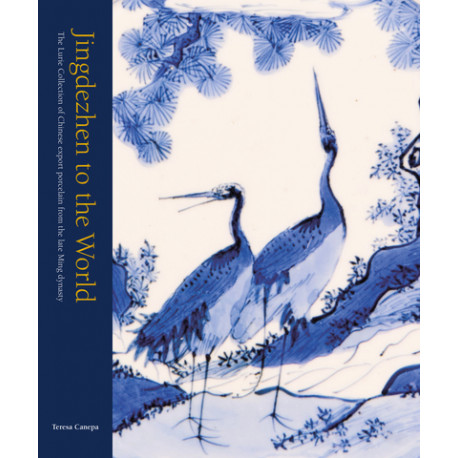 This lavishly illustrated book celebrates one of the most comprehensive and meticulously assembled private collections of Chinese export porcelain from the late Ming dynasty (1368-1644) made at Jingdezhen in Jiangxi province. The Lurie Collection, comprising about 170 porcelain pieces, contains examples that are exceptional not only for their aesthetic beauty and quality but also for their rarity or historical importance.
This book makes a significant contribution to several fields of study, most notable those related to the production, design and trade of Jingdezhen export porcelain in the late 16th and early 17th centuries. An introduction places the diverse porcelains of the Lurie Collection in their historical context. It offers new insight into the European expansion to Asia in the late 16th and early 17th centuries, via both the Atlantic and Pacific oceans, which ultimately led to an unprecedented large-scale trade, transport and consumption of various types of Jingdezhen export porcelain throughout the world until the collapse of the Ming dynasty in 1644.
The core of the hook is the catalogue section, which is composed of 130 entries with comprehensive discussions and images of a selection of the Lurie porcelains. Whenever possible they are accompanied by images of excavated shards that originally formed part of similar porcelain pieces, establishing direct links to the Jingdezhen kilns where such pieces were produced. Multiple sources of evidence (textual, material and visual) shed light on the trading networks through which these Jingdezhen porcelains circulated, as well as the way in which they were acquired, used and appreciated by the different societies in Europe, the New World, Asia and the Middle East.